To get that incredible butterscotch flavor, chef Ben Ford caramelizes brown sugar, which he then combines with heavy cream, milk, eggs and cornstarch to form a velvety custard base. He then stirs in a little dark rum just to gild the lily. 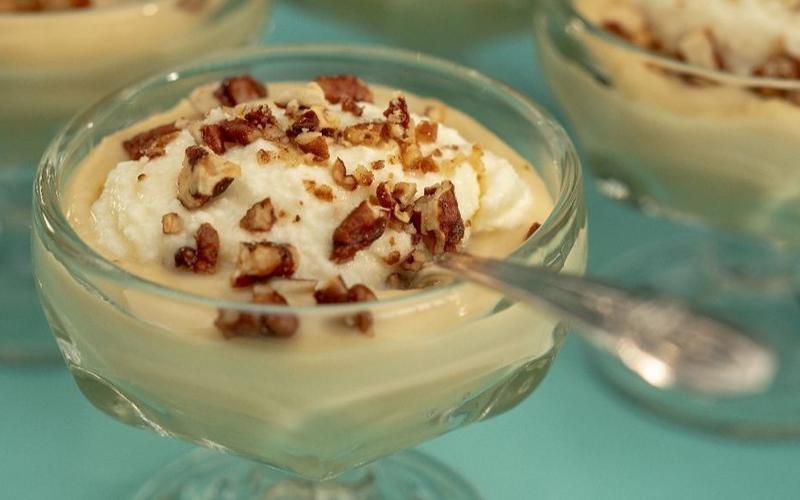 In the bowl of a stand mixer, or in a large bowl using a hand mix, whip the heavy cream with the sugar and vanilla to soft peaks. In a separate bowl, whip the mascarpone until loosened and fluffy. Carefully fold in the whipped cream. Set aside.