How to Cook Grains 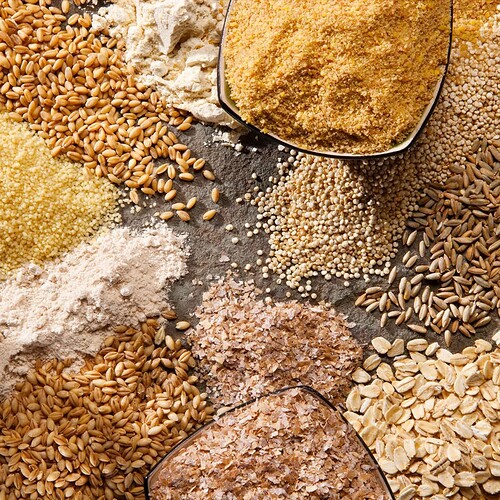 They are then crushed and shredded. Bicarbonate of soda and lime is added to help dissolve the albuminoids, and sometimes diastase to aid the conversion of the starch into sugar; but there is nothing in this preparatory process that so alters the chemical nature of the grain as to make it possible to cook it ready for easy digestion in five or ten minutes. An insufficiently cooked grain, although it may be palatable, is not in a condition to be readily acted upon by the digestive fluids, and is in consequence left undigested to act as a mechanical irritant.

Water is the liquid usually employed for cooking grains, but many of them are richer and finer flavored when milk is mixed with the water, one part to two of water. Especially is this true of rice, hominy, and farina. When water is used, soft water is preferable to hard. No salt is necessary, but if used at all, it is generally added to the water before stirring in the grain or meal.

The quantity of liquid required varies with the different grains, the manner in which they are milled, the method by which they are cooked, and the consistency desired for the cooked grain, more liquid being required for a porridge than for a mush.

All grains should be carefully looked over before being cooking.

In the cooking of grains, the following points should be observed:

In the preparation of all mushes with meal or flour, it is a good plan to make the material into a batter with a portion of the liquid retained from the quantity given, before introducing it into the boiling water. This prevents the tendency to cook in lumps, so frequent when dry meal is scattered into boiling liquid. Care must be taken, however, to add the moistened portion very slowly, stirring vigorously meantime, so that the boiling will not be checked. Use warm water for moistening. The other directions given for the whole or broken grains are applicable to the ground products.

Place the grain, when sufficiently cooked, in the refrigerator or in some place where it will cool quickly (as slow cooling might cause fermentation), to remain overnight.