Today’s Secret Recipe comes from the Garden Restaurant at The Four Seasons in New York City.
New York has been recognized as the mecca when it comes to restaurants. The Garden Restaurant (now closed) used to serve a vegetarian entree featuring a cauliflower steak that’s absolutely delicious.

Cut crosswise from a head of cauliflower, the steak is seared until browned, then plated atop a bed of black walnut-flavored red quinoa and topped with a colorful assortment of blanched vegetables. Served with a fragrant, rich pear curry purée, this is one dish that might just turn any meat eater into a vegetarian — for one meal at least. 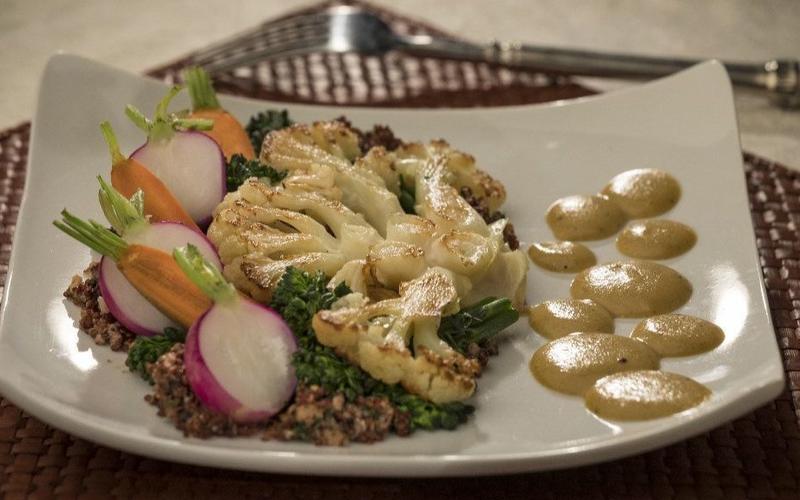