The Renowned Wine And Cheese Of Cyprus 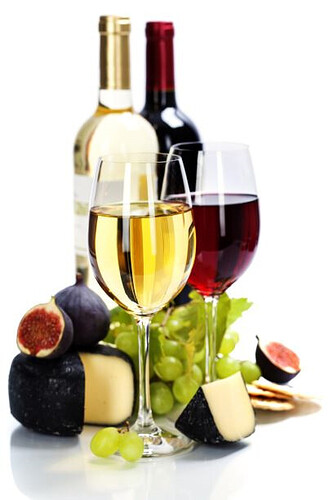 Cheese and wine making are just two more in a long list of traditions in Cyprus. With a history of grape cultivation that goes back to 3.000 BC, this island produces some of the oldest wines known in the world. It fact Cyprus wines have been around for so long they’ve even found mention in the Bible (the story of Solomon), as being best in the world.

Commandaria, one of the oldest wines in the world, was also the pioneer of the ‘apellation of origin’ concept. With a rich aroma and a subtle taste Commandaria is as popular now as it was thousands of years ago. It got its name after the area it was produced in. When the Knights of the Order of St. John came to Cyprus in 1210, they made their headquarters in the richest grape-growing region and named their headquarters ‘Grand Cammanderie’. In time the superior wine that was produced in the area came to be named ‘Vin de la Commanderie’. Besides Commandaria, Cyprus produces a large assortment of red and white wines, vermouths, ports and sherries.

Halloumi, a stretched curd cheese made from cow, sheep or goat milk is the most distinctive traditional culinary specialty of Cyprus. This rind-less cheese is shaped into small loaves of different dimensions and very often flavored with chopped mint, which adds zest to the otherwise bland tasting cheese. Halloumi is a very versatile cheese and can be eaten fresh, grilled, baked or fried and is very popular at barbecues. When grilled or fried, the outer portion turns a light golden brown and the inner portion gets deliciously soft, but not runny. On its own, Halloumi makes an excellent appetizer when drizzled with olive oil. For many Cypriots, Halloumi forms a part of every meal, whether it is breakfast, lunch or dinner.

Feta is another popularly used cheese in many Cypriot dishes.