As a kid, I remember my parents could never get me to try seafood, but there was one seafood dish they tricked me into loving. We were on vacation and my Mom ordered chowder for me. I said, “What’s chowder?” and she replied, “you’ll like it”. Moments later a thick and creamy soup was placed in front of me and after crumbling a few crackers into it, I dug in. From the first spoonful I was in love with the rich and creamy medley of potatoes, veggies and assorted seafood. It wasn’t fishy tasting at all, and that’s what I liked about it. Many years later, I’m now a fan of all kinds of seafood.

Today’s Secret Recipe brings me back to that childhood memory. At Durty Nelly’s in Nova Scotia they prepare an excellent seafood chowder that is hearty and delicious.

Durty Nelly’s serves there chowder with fresh baked cheddar green onion biscuits and you can grab the recipe for those on our forum: Go Here 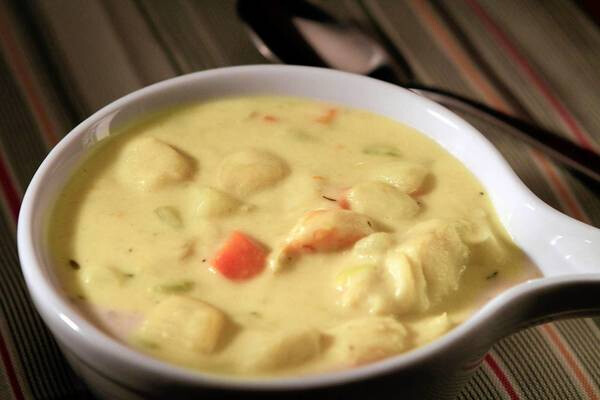